Apparently there was a hoax ad going around telling people that upgrading to iOS 7 would make their phones waterproof. And people believed it.

“Update to iOS 7 and become waterproof” claims the ad, explaining that “In an emergency, a smart-switch will shut off the phone’s power supply and corresponding components to prevent any damage to your iPhone’s delicate circuitry.”

Users who believed the advert reportedly upgraded their iPhones and dunked the devices to test the feature, only to find that they had broken the expensive gadgets.

Just when I think I’ve hit the peak of how stupid people can be, I read something like this. C’mon, universe. Think a bit. 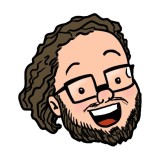